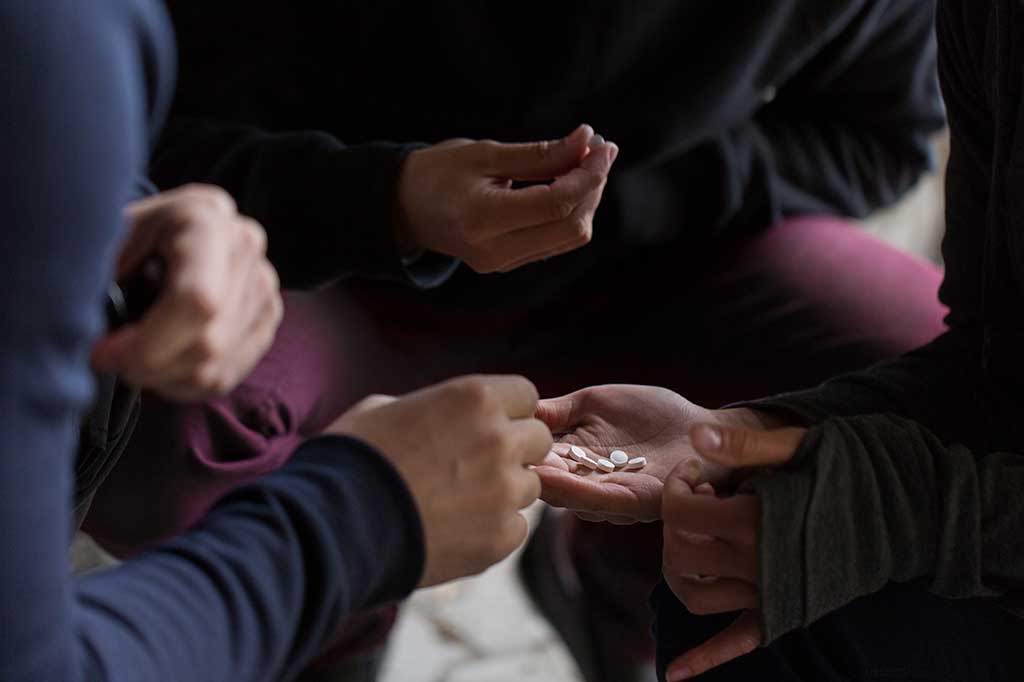 The term “gateway drugs” is a common saying when talking about addiction. But what does it mean?

The saying stemmed from the gateway hypothesis, which refers to a pattern of substance abuse early on in an individual’s life using legal substances like nicotine and alcohol, which then contributes to the progressive use of more illicit drugs like cocaine and heroin.

Drug exposure as an adolescent is one of the most important variables when it comes to altering the subsequent sensitivity to a particular substance later in life. Meaning, abusing legal substances at such a young age can greatly affect the individual’s life as they age.

There are arguments that external factors lead to this progression of substance abuse and therefore, making the term “gateway drug” controversial.

Of the many factors that may lead to drug abuse and addiction the environment, underlying health issues, as well as genetics are some of the most common factors. It is also important to know your family history of addiction since there could be added risks.

How Drugs Affect the Brain

A gateway drug alters the neuropathways in the brain. The science that happens during this can be confusing and difficult to understand. However, what is important to know is that drugs can change the chemicals in your brain.

For example, drugs like cocaine, release serotonin and dopamine in your brain. The sum of prolonged use of these drugs can lead to changes in your brain and can presumably trigger the long-term effects of the drugs that eventually lead to abuse, dependence, tolerance, and withdrawal.

Drugs produce a feeling of pleasure more so than that of natural rewards because drugs release more dopamine into the person’s brain. This leaves the person feeling unsatisfied by natural releases of dopamine due to the overabundance experienced when using drugs.

This can cause the person to feel lifeless and depressed because they can’t enjoy things that they previously enjoyed.

What Drugs are Considered Gateway Drugs?

It is important to know what drugs are considered gateway drugs. This means that they are habit forming drugs that lead to the use of other, more addictive drugs.

Though alcohol isn’t necessarily a drug, it is still categorized as a “gateway drug”. Since alcohol is legal, easy to find, and is extremely common in households, it is one of the most commonly used gateway drugs. The reason alcohol is considered a gateway drug is that it leads to the use of tobacco, marijuana, and then other illicit substances.

Nicotine is also a common gateway drug. It can be found in e-cigarettes (such as JUUL pods), cigarettes, and tobacco. Nicotine is both a sedative and a stimulant. Someone who is exposed to nicotine typically experiences a “kick” which is the nicotine stimulating the immune system. Nicotine is highly addictive and difficult to quit, leading to the use of other drugs in order to find that “kick” again.

Prescription pain pills (such as Xanax) are usually obtained by someone who is prescribed them for medical purposes. Prescription pain pills are designed to block both physical and mental pain. This effect then becomes very addictive  The changes affect the person’s self-control and their ability to resist intense urges to take drugs in order to produce the same effect/feeling.

Marijuana is a controversial topic when it comes to the discussion of whether or not it is considered a gateway drug. THC is the addictive “drug” aspect of marijuana that creates the well-known psychoactive (high) effect. Many people think that it is a gateway drug due to the fact that trying other drugs may be an unintended side effect. However, recreational marijuana is now legal in 11 states across the country and according to the CDC, it is not considered a gateway drug. There is currently no evidence as to marijuana being addictive or not.

How it Affects Teens

Teens are exposed to these gateway drugs like alcohol, nicotine, and even prescription pain pills because they are more readily available than the more illicit drugs like cocaine and heroin.

Teens may also be more willing to try these gateway drugs because they think they are harmless to try. However, the earlier they begin the use of these drugs the more it affects their brains and can cause them to use other, more addictive drugs in the future.

Educating yourself and others on what gateway drugs are, and how they can affect you or someone you know, is the first step in beating addiction.

It is important to know the effects of these drugs as well as their ability to lead into other addictions.

Call us today if you or a loved one is struggling with addiction.