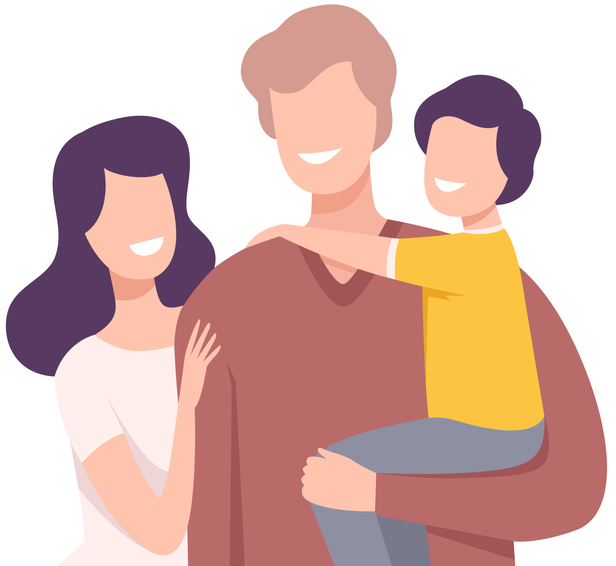 One of the manifestations of autism is what we commonly refer to as obsessions. For a long time, it was believed that these obsessions were due to co-occurring obsessive-compulsive disorder (OCD.)

However, repetitive behaviors and psychological obsessions are actually part of how the minds of people with autism function. Learning to understand behaviors that some label as “different” helps us understand that our definition of normal may actually be what is different.

What Exactly Is “Stimming?”

Kids with autism may stand out because of repetitive behaviors such as clapping, flapping their arms, rocking back and forth, and more. Originally, these behaviors were believed to be a way to shut out the rest of the world or as evidence of a nervous system that was disorganized. More recently, these behaviors were given the term “stimming” because it was believed that they were self-stimulatory.

Why Is Stimming So Common With Autism?

Stimming is common with autism because the autistic brain is believed to be selectively more sensitive to stimulation from their environment. Whether it be light, sound, thoughts, anxiety, or other stimuli, repetitive physical movements can help them reduce the effects of overstimulation and relate better to the world around them.

Some people find their movements or behaviors distracting, while other behaviors can be harmful to themselves or others. Some of these behaviors need to be re-trained into safer, less distracting movements for obvious reasons. However, simply trying to suppress them altogether can often be distressing and counterproductive for kids.

What Does It Mean to Hyperfocus?

Several different conditions cause kids to hyperfocus. The skill of being able to focus so much on a single task or project that the outside world does not seem to exist is commonly known as hyper-focusing. This skill is common with diagnoses such as ADHD, OCD, anxiety, autism, and more.

In particular, parents and teachers get frustrated when kids hyperfocus on a task because it is difficult to get them to change activities or focus or even get their attention. However, the ability to hyperfocus can be very valuable in many different activities and occupations, and some employers specifically seek out those with autism because of this ability.

On a “Beyond Risk and Back” Podcast with Fire Mountain’s Aaron Huey, he interviewed Sam Mitchell from the podcast “Autism Rocks and Rolls.” Sam has autism and described the obsessive skill of hyper-focusing as “prefacing our future skills,” noting that many people who are successful in various occupations now once obsessed over related activities from a young age.

Why Does My Child Obsess on Problems?

Another frustrating thing for parents of kids with autism is the way that they obsess over particular issues or problems and will not stop until they are resolved. Once again, this is simply how their brains work.

Whereas many people can stop thinking about something, put it aside, and come back to it later, the autistic mind is a problem-solving machine. It works tirelessly nonstop to resolve problems that interest them. We may call this obsession, but for someone with autism, it is just a challenge.

Those with autism excel in various fields such as math, science, technology, and more because they are able to use their super problem-solving skills to solve complex problems faster and more efficiently than many without autism. In this way, what we deem as frustrating or “obsessing” can be a gift that many envy.

Kids with autism tend to be very successful at whatever they are interested in because their ability to obsess or hyperfocus often accompanies increased intelligence and endless motivation.

Who Is Actually Obsessed?

One of the biggest questions to arise as we learn more about autism is that while we have long perceived it as a disability or something that makes people different, perhaps it is we who have different or disabled thinking. Parents are concerned about obsessive or repetitive behaviors, while their kids are more than content to be who they are.

Repetitive behaviors that are harmful to themselves or others do need careful intervention for safety purposes, but understanding that the obsessions associated with autism are our perception can help us see these behaviors as skills. Many of these “obsessions” are actually their superpowers.

Learning about some of the repetitive or obsessive behaviors of autism can help us understand kids with autism better. Understanding why they have these skills and behaviors can help us view these kids in a new light and examine some of the viewpoints and labels we may have previously placed on them. Fire Mountain Residential Treatment Center provides education and support for parents and families in many challenging situations, including those struggling to understand their kids with behaviors who are on the autism spectrum. We also help teens who are struggling with a variety of issues to become healthy, responsible, and more confident at our Colorado facility. We believe that this process only happens when the entire family is involved. Call Fire Mountain today at (303) 443-3343 to find out how we can help improve your family’s quality of life. We are here to help your family’s fire burn brightest.