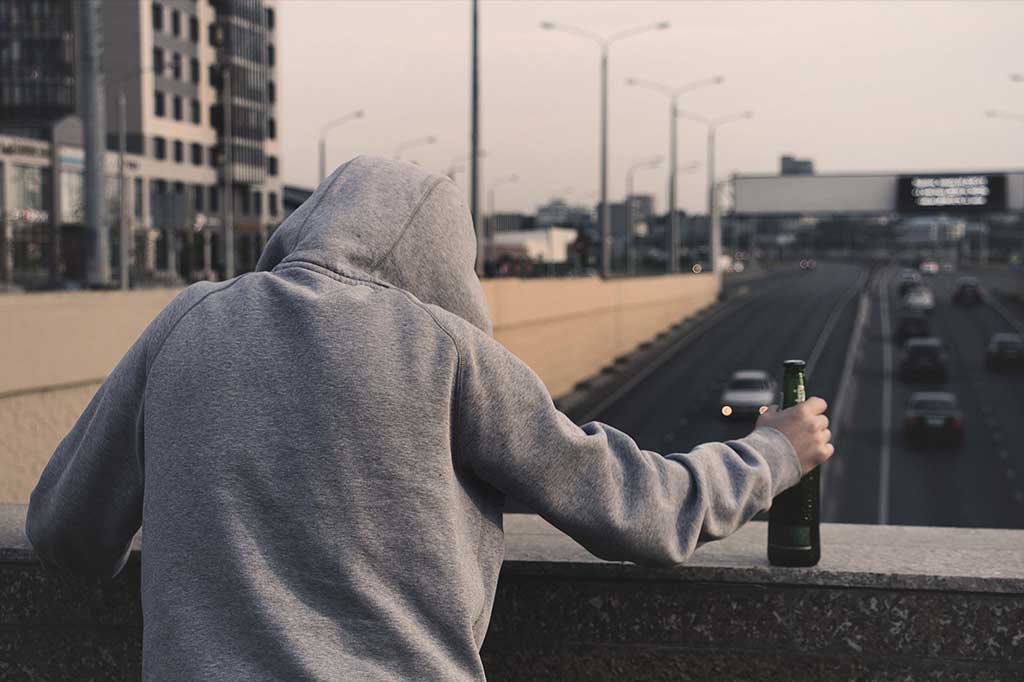 Teenage alcohol and drug abuse is an unfortunate reality in today’s society. According to a 2017 survey conducted with teenagers in the United States, 20 percent of high school students were offered, given, or sold an illegal drug on school property. In another study conducted in 2018, 43 percent of 10th graders drank alcohol, while 58.5 percent of 12th graders engaged in alcohol consumption.

These statistics are lower than they used to be in previously studied years, however, that doesn’t necessarily mean that parents are without worry. Because of today’s technological advancements and new methods for acquiring drugs and alcohol, teenagers are able to get their hands on these substances easier than before, and it can sometimes be harder to trace the source.

With these statistics in mind, the odds are higher that your teenager has been approached with either drugs or alcohol, even on school grounds. As a parent, you want to make sure you’re doing everything you can to protect your child from the dangers of substance abuse and addiction. Knowing that your child could be addicted or is partaking in substance abuse is the first step in acknowledging that they need help.

To start getting the answers as to whether or not your child is addicted to or partaking in substance abuse, you should be looking for common signs of addiction. Continue reading to find the signs that your teen may be addicted to drugs, alcohol, or other substances.

Both of these transitions are crucial for teenagers. In high school, they will experience new people, events, and life-changing interactions that they will take with them for the rest of their lives. There are a lot of emotions that come with entering and leaving high school, but the time in between these transitions can be the most important for helping your teenager make decisions. They’ll want to be independent, but it’s up to you to help them understand if their decisions are influencing their lives negatively.

Let’s review some signs of teen addiction and substance abuse.

The number one drug used by teenagers today is marijuana. Marijuana is still an illegal drug at the federal level in 2019, but has been legalized at the state level in 11 states out of 50. This is roughly one-fifth of the United States that has legalized marijuana for adult usage starting at the age of 21. Teenagers will use this drug, along with others, as a relaxant or to “fit in” with the rest of the teens at their school or in their friend groups.

Signs that your teen could be using drugs (not only marijuana) include:

These are just a few of the signs that your child may be addicted to or has drug abuse problems. Depending on the type of drug they are using, you could notice other signs. On top of this, some of these signs could be confused with their new interactions within school and society. So keep an eye out for their behaviors and actions to not mistake their transition into adulthood for drug abuse.

Signs of Alcoholism in Teens

Alcoholism or alcohol dependence is known as the abuse of consuming alcoholic substances such as beer, hard liquor, or even wine. Teenagers with alcohol addiction will find themselves in an unhealthy lifestyle due to the negative effects of alcohol consumption, especially at an early age.

Signs that your teenager has an alcohol addiction include:

Autonomy is a natural process that leads to your teenager’s adulthood, so some of these symptoms may resemble an independent behavior instead of alcohol addiction. This can result in you falsely accusing your teenager of alcohol dependency, which could potentially diminish your relationship and trust.

Instead of rushing to decisions and accusations, gather a list of signs that you can take to them so they can explain their actions and whereabouts. Direct communication with your child can lead to uncovering the mystery behind their behavior and actions.

While it may seem that your teenager is behaving irrationally by consuming drugs, alcohol, or other addictive substances, there could be a very real and concerning reason.

The frontal cortex of the brain is in charge of reasoning and aids in decision making for our actions. At early ages, teenagers haven’t fully developed their frontal cortex. This means that they are more likely to act impulsive or make misguided decisions. As a parent, it’s up to you to educate yourself as to why they could be taking drugs or drinking alcohol.

These reasons stem from a variety of sources or feelings that any teenager could experience. It’s important to ask yourself, as the parent, why your adolescent could be indulging in alcohol dependence, drug abuse, or even tobacco consumption.

What Can a Parent Do for Their Addicted Teen?

Parents are put in a delicate situation if their teenager has an addiction problem. You don’t want to risk your child losing trust in you or your bond. However, you also want to ensure they are healthy, well, and not injuring themselves. Sometimes, your teenager won’t know the side effects of drug and alcohol consumption. They might not take the time to understand or research why alcohol, drugs, or other substances are bad for them.

Talk With Your Teenager

As a parent, the best thing you can do is understand the reasoning behind your child’s addiction problems and discover the next steps to take for remedying the issue(s). Start by addressing your concerns with them, without making accusations. Unfortunately, you may not have the full story and it might take some digging to get to the center of your child’s addiction. Don’t dive into the negatives of the conversation; connect with them and nurture your teenager.

If you can’t resolve the addiction issue at home, the next step would be to call in a professional. Find a local residential treatment center that has a program that would work for your teenager and yourself.

Residential treatment centers for troubled teens are a great way to help your child escape the problems they might be facing and confront their addiction in a non-intrusive environment. The professionals at residential treatment centers are used to confronting teenagers about their addictions and helping them work through it in a safe and friendly space.

Typically, there will be other teenagers at these facilities that are working through similar circumstances, so there is a chance for your teenager to bond. Some treatment centers offer in-home programs, while others suggest having your teenager stay at the facility to clear their minds and fully envelop themselves in the program.

At Fire Mountain Residential Treatment Center, we offer both in-home and facility programs to help your teenager with their addiction problem(s) in the environment they choose. It’s possible that your child may feel more comfortable with assessing and fixing the situation at home, rather than being around “strangers” or unfamiliar environments. We offer teen drug addiction treatment and teen alcohol addiction treatment, along with other addiction-treatment programs.

If your teenager is experiencing some or many of the signs mentioned in the previous sections, then it’s likely they are having a difficult time in their teen years. This means you need to continue caring for and loving them, even if you aren’t in agreeance with their methods of coping or behaviors. You have the chance to help your teenager with this difficult time in their lives; it starts with noticing their signs of addiction and taking the steps to help them.

If you need a treatment program for your troubled teen to help them work through their addiction problems, find the right residential treatment center for them. At Fire Mountain, we’re more than happy to help your teenager break off the beaten path and discover their themselves and their happiness. Don’t hesitate to help your child through one of the most life-changing times in their life.