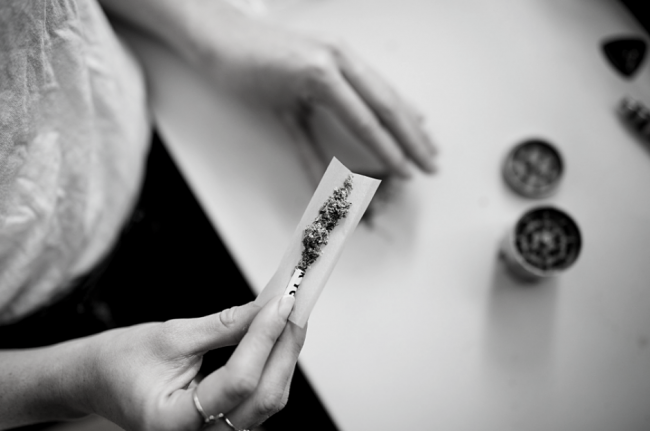 Among teenagers, marijuana is the single most commonly used illicit drug in the United States.

According to the Centers for Disease Control and Prevention (CDC), “38% of high school students report having used marijuana in their life”.

Some may tell you this is fine—but is it actually normal and safe for teenagers to engage in the use of marijuana?

It’s important to note that marijuana sales and consumption are legal in the state of Colorado. If you are 21 years of age or older, you can now legally allowed to possess up to 1 ounce of marijuana in Colorado. Legalization took place in January 2014

However, the use of marijuana by teenagers is still prohibited by the state. Teenager’s brains are still in development and do not need the addition of mood-altering drugs or illicit substances. To understand why teenagers should not over-indulge, here are 6 side effects of marijuana abuse in teens.

1. Marijuana has short-term effects that can harm teens.

As a parent, you want your teen healthy, alert, and active. The short-term effects of marijuana can alter moods, increase irritability, and cause a loss of interest in and motivation to do normal teenage activities. In the short-term, marijuana can also cause altered senses, risky sexual behavior, changes in mood, impaired body movement, and impaired memory.

2. Repeated marijuana use can have long-term effects on brain development.

It’s been noted in a variety of research that marijuana does indeed affect brain development and this effect can, unfortunately, have lasting results. When teens experience the short term side effects—like impaired thinking, judgment, memory, and learning functions—they are actually harming their long-term development, too. Research is still being conducted, but it’s thought that impairing these brain functions early may cause permanent development issues.

We know now that marijuana can have long-term effects on brain development—especially in teens—so it makes logical sense that it could also affect mental health. While inconclusive, some studies have linked marijuana use in teens to depression, anxiety, and suicidal thoughts.

4. Some teens may experience a decline in school performance.

Another side effect of marijuana abuse in teens is a decline in school performance. While the teenage brain is developing, school is supposed to encourage kids to learn, memorize, and retain information. Regular marijuana use can impair the brain’s memory function making it more difficult to keep up in class. A lack of achievement and self-confidence could result in negative feelings towards school, classes, teachers, and other students.

Teens are just now learning to drive. Some may only have a learner’s permit, while others have been driving for a year or so on their own. Still, driving under the influence is dangerous and should be avoided at all costs. Because marijuana can alter senses and impair reaction time, coordination, and concentration, teens should never smoke and drive.

6. There is potential for addiction.

Teens today might believe “if it’s legal, it must be OK.” This movement has misinformed teens and parents alike. Marijuana can have lasting effects on the developing teenage brain—and there is a chance for addiction.

Fire Mountain: The #1 Teen Rehab Program for Drug Use in Estes Park, CO

Do you think your teen needs outside help to overcome drug addiction? Don’t let yourself be bullied or guilted into not scheduling an appointment or seeking outside help. Fire Mountain is a residential treatment center for troubled teens ages 12 to 17. We are well known as the best teen residential treatment center in Estes Park, Colorado, helping them overcome addiction and find their path to joy, fulfillment, and maturity.

Ready to enroll your child or teen in a teen residential treatment center? We are located near Estes Park, Colorado. However, we admit teens from anywhere in the U.S. To learn more about insurance coverings, financing options, and how to register, contact us online today or give our team a call at (303) 443-3343. On the call, you will speak with an admissions counselor and complete a preliminary assessment to determine whether your teen is a good fit for the program.